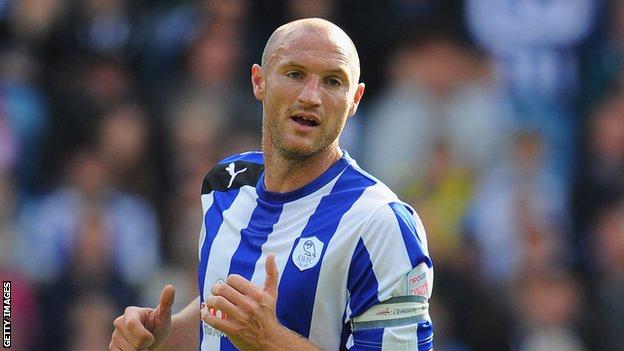 Sheffield Wednesday defender Martin Taylor hopes he can taste first team action during his loan spell at League One side Brentford.

The 33-year-old, who has not featured for the Owls this season, has joined the Bees on loan until 7 October.

He told BBC Radio Sheffield: "It's a good opportunity to go down and play for a good club in League One.

"I have heard good things about them so I am looking forward to getting down there and playing some games."

The former Blackburn and Birmingham man moves to Griffin Park on a one-month deal but that could eventually be extended.

"I was aware they [Brentford] have been looking for a defender for a little while," he said.

"I think I've got four or five games which look good on paper and then we'll see where it goes from there.

"The rules dictate you have got an option for 93 days but that is dependent on all parties being happy and everything working out."

After joining Wednesday from Watford for an undisclosed fee last summer, Taylor was restricted to 18 appearances last season.

Despite not featuring for the Championship outfit in the new campaign and being allowed to go out on loan by manager Dave Jones, the defender does not necessarily believe his spell at Hillsborough is over.

"It hasn't worked out as planned for whatever reason," Taylor said.

"There was no indication that I wasn't going to be involved at all this season but as it has progressed it has worked out that way. That is the manager's decision and as a professional you have to respect that.

"This will give me an opportunity to play first team football again. If I do really well it could change things."