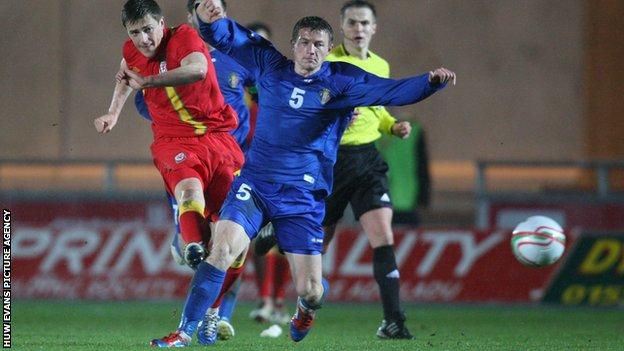 Having suffered an embarrassing 1-0 defeat in San Marino, their second loss of the campaign, Geraint Williams' side were at least able to go one better at Stadionul Sheriff in Tiraspol.

Wales U21's only group win so far was against Moldova in Llanelli in March.

In their next game, Wales U21 host Lithuania in Bangor on 15 October.

The visitors began well, but Wes Burns could not capitalise on his chance and Morgan Fox's free-kick was saved by home goalkeeper Aleksei Koshelev.

Wales piled on the pressure after the break but could not find an elusive goal as substitute Billy Bodin and midfielder Lloyd Isgrove were denied by Koshelev.