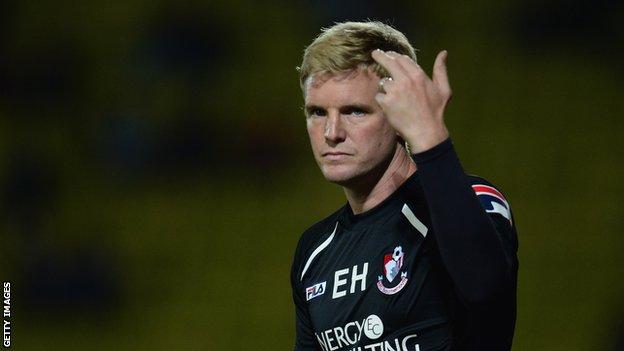 Marc Pugh's goal 12 minutes from time defeated a spirited Barnsley side and sent Bournemouth seventh in the Championship table.

Pugh drilled in a low left-footed shot after neatly sidestepping his marker.

Barnsley had made a strong start, with Chris O'Grady and Steve Dawson striking the same post in the first half.

Bournemouth improved after the break, and should have gone ahead when Lewis Grabban missed a one-on-one before Pugh sealed it.

The newly promoted Cherries now sit outside the play-off spots on goal difference, while Barnsley remain in the relegation zone.

There was no sign of this gap between the sides in the early stages, as Barnsley hit the woodwork twice within seconds.

Striker O'Grady's effort cannoned off the inside of the far post and Dawson could only return the ball to exactly the same spot.

Bournemouth - who have yet to draw a game this season - should have gone ahead within a minute of the restart, but Grabban fired wide when played clean through.

Inspired by the introduction of record signing Tokelo Rantie, Eddie Howe's side continued to press for a winner.

After Elliott Ward, Grabban and Brett Pitman went close, it was left to Pugh to secure the victory with a smart finish.

"I thought Tokelo Rantie did well, these are big changes for him. I thought he did so well, and the first thing he did was nearly score.

"With the ability he has got I am sure he will be a big success.

"This victory sets us up nicely for a tough few games. They are a tough side and they will beat some big teams this year - for me this was one of our most difficult games so far."

"I told the players to give it everything and they have done. They put everything I asked of them into a football match and it wasn't good enough to get anything out of the game.

"Certainly in the first half I was delighted with the way we played and in the second half they got on top of us and we couldn't stop them at times.

"I can't ask anything more from that group of players - they work hard for each other and give it everything. We came here to win the game and I've thrown everyone on and gone really positive."