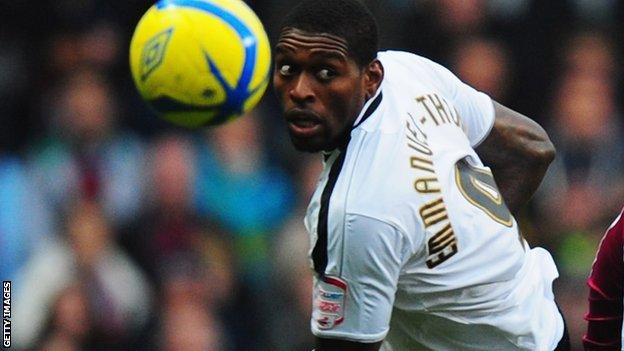 Jay Emmanuel-Thomas's sixth goal of the season rescued a draw for winless Bristol City against Shrewsbury.

Jon Taylor put the visitors ahead on the counter, slotting Curtis Main's low cross in from six yards.

City piled the pressure on late as Emmanuel-Thomas rifled the equaliser home from 25 yards.

The result is Shrewsbury's fifth draw in seven matches this season and extends Bristol City's winless run to 16 league games.

"We had in the back of our mind that it was going to be difficult.

"We're trying to find a solution at the moment and we can't seem to find it, no matter who we play.

"Credit to the players, as they did stick at it.

"It's not the point we want but at least hopefully people can see that we are trying."