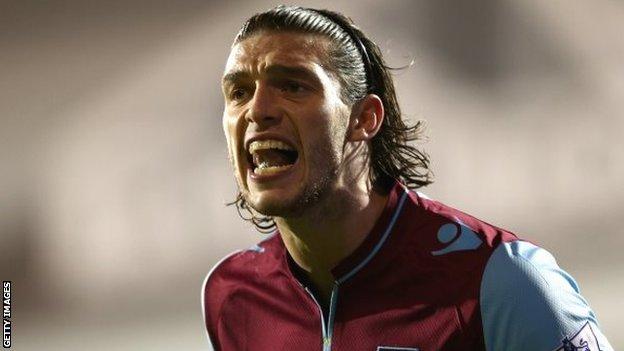 West Ham striker Andy Carroll has suffered a fresh foot injury on his return to training.

The 24-year-old, a club-record has not played since

And the England man has now sustained a separate injury in training on Monday.

The club said: "Although it is in the same part of his foot as his previous injury, it is a new injury."

A West Ham statement added: "West Ham United can confirm Andy Carroll suffered an injury to his right foot during his return to full training.

"There will be no prognosis until he has seen a specialist."

He cost Liverpool £35m when he moved from Newcastle in January 2011, but scored just six league goals for the club.