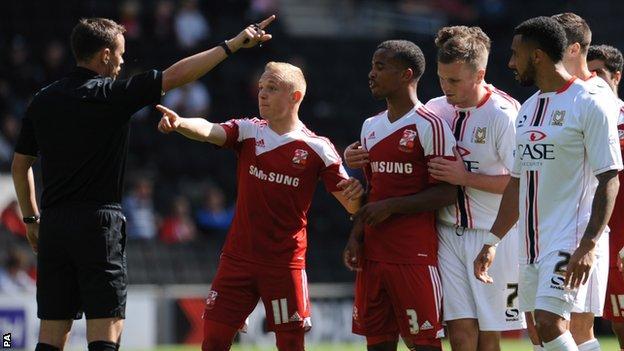 Swindon have failed in their appeal against Nathan Byrne's sending-off in Saturday's 1-1 draw with MK Dons.

After the game, both Swindon boss Mark Cooper and his opposite number Karl Robinson disagreed with referee Stuart Attwell's reaction.

But the Football Association upheld the decision and Byrne will now serve a three-game suspension.

He will miss Saturday's trip to Wolves, the home game against Bristol City and their League Cup clash with Premier League Chelsea.