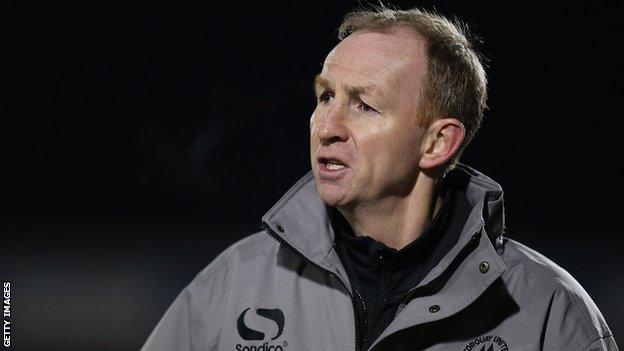 Torquay United boss Alan Knill says he is very unlikely to look to bring new players to Plainmoor on loan.

The Football League loan window opened on Monday but Knill is not expecting to oversee much transfer action.

We have to hold our hands up, we were beaten by the much better side

"I very much doubt [we'll make loan signings] unless we get players out," Knill told BBC Radio Devon.

The Gulls fell to a 4-1 defeat at Fleetwood Town on Saturday, leaving them in 19th place in the table after six games.

"It was a just a terrible start and we've been like that in almost all the games away from home," he said.

"It took us ages to get going and a quality side punishes you - if I'm being honest they could have punished us even more.

"Just when you think a certain department is going OK, it comes back to haunt you. We need to be a whole lot better than that.

"They played how we expected them to play and we have to hold our hands up, we were beaten by the much better side.

"I'll be surprised if Fleetwood aren't up there at the end of the season, but we want to be able to be compete with them and we didn't."