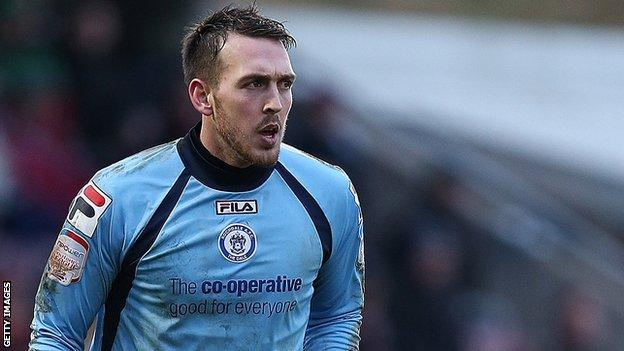 after Peter Vincenti was sent off.

Keith Hill's side have taken eight points from their first six matches in League Two and lie 13th in the table.

"We feel we've been doing well in the first few games and we haven't quite had the rub of the green," Lillis, 26, told BBC Radio Manchester.

"There are a lot of new lads in the squad and it's taken a bit of time to gel, but we're all coming together."

Lillis, who has been an ever-present for Dale so far this season, continued: "It's been quite a tricky first month.

"We've had a few long away trips, Oxford were top of the league, Plymouth have spent a bit of money and Chesterfield were probably favourites for the league. We've really matched up to them and no team has really turned us over."

Meanwhile, captain Peter Cavanagh is expected to be out for four to six weeks because of an Achilles problem.

Midfielder Cavanagh had just completed a three-match suspension and would have been available for selection on Saturday, but for theinjury.