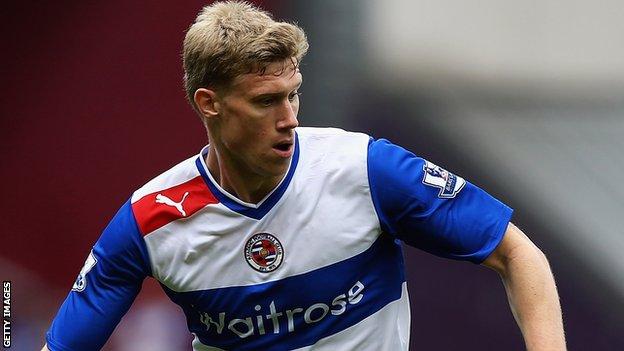 Reading and Brighton shared the points in an uninspiring game which was largely a 10-against-10 affair.

Already on a yellow, home striker Pavel Pogrebnyak saw red when he was booked for diving. Brighton's Leonardo Ulloa was then dismissed for a high tackle.

Chances were few throughout, with the best coming in the second half.

The visitors will be the happier of the two sides with the point, as it extends their unbeaten run to four games.

Reading, meanwhile, have managed only two wins in six games since their relegation from the Premier League.

Much of the pre-match focus was on Pogrebnyak, who was making his first start of the campaign after a summer of speculation about his future.

Transfer deadline day passed without an offer for the Russian, and manager Nigel Adkins chose to start him at the Madejski Stadium.

It was a far from memorable return. After being shown a yellow card for a foul on Kazenga LuaLua, he was sent off for diving after 30 minutes when he threw himself to the ground while challenging for possession.

Brighton's numerical advantage did not last long, though, as they had striker Ulloa sent off just eight minutes later for a high challenge on Royals defender Alex Pearce.

The two dismissals provided the talking points of the first half, with goalscoring chances few and far between.

Brighton's David Lopez delivered a cross for Gordon Greer and the defender headed goalwards, only for McCarthy to pull off a fine fingertip save.

After the break, the game opened up a little. Williams went close with a header for Reading, before a sliding effort from Barnes was turned onto the post by McCarthy.

But in the end a point was a fair result, with neither side creating enough chances to warrant all three points.