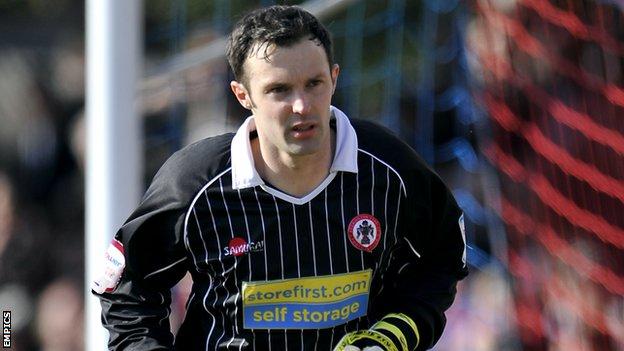 League One side Oldham Athletic have signed goalkeeper Paul Rachubka on a short-term contract until January.

The 32-year-old was a free agent after being in the summer and had been training with the Latics during pre-season.

Rachubka, who spent much of last term on loan at Accrington Stanley, will compete with for a starting spot in Lee Johnson's side.

"His experience is something we need," boss Johnson told the club website.

"Mark Oxley has done well, but we need to push him so it is good to have a keeper of Paul's experience."

Rachubka spent five months with Oldham during the 2001-02 season on loan from Manchester United, making 17 appearances.

He will be involved in the squad for the League One fixture at Preston on Monday.