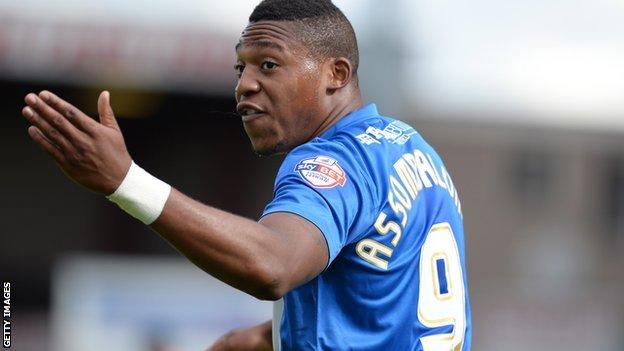 Fielding made up for his mistake when he saved well from Lee Tomlin's penalty, awarded for James O'Connor's trip on Assombalonga.

But the DR Congo-born striker added two to finish the game - an unstoppable 25-yard drill followed by an audacious shot over Fielding.

The result means Bristol City remain without a win in the league this season, while Peterborough have taken 16 points from seven games.

"Goals change games. When they scored it definitely gave them a lift.

"The first was a goalkeeping error. We thought we were almost on top of the game.

"I was behind him [Assombalonga] for the second goal. If he hits a better shot than that this season then I'll eat my hat.

"They paid £1.2m for him. He's someone I was interested in on loan. We always knew he had that in him."