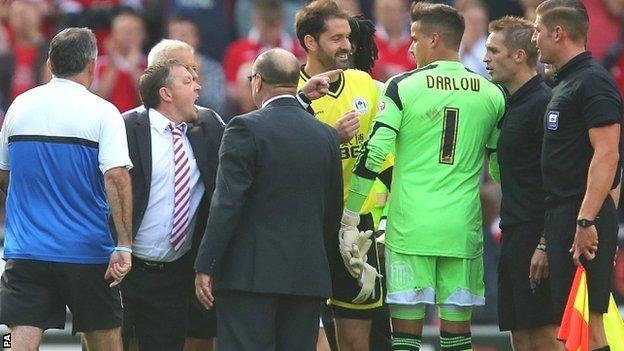 Nottingham Forest manager Billy Davies has been given a one-match touchline ban by the Football Association.

Davies has also been fined £2,000 after admitting a charge of improper conduct arising from last Saturday's

They had led through an Andy Reid free-kick and Davies confronted referee Craig Pawson on the pitch at the end.

Forest are fourth in the Championship table with three wins from their opening five matches.