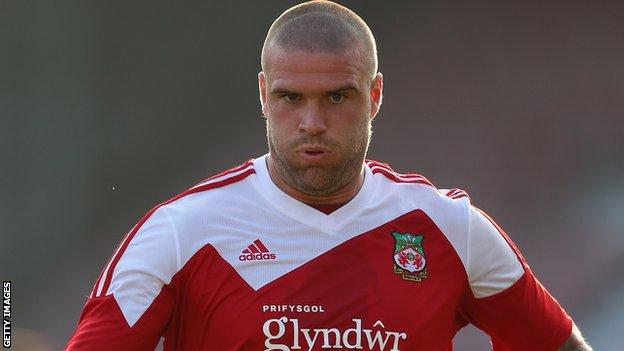 Wrexham manager Andy Morrell has confirmed defender Mark Creighton will be out for up to six weeks with a hamstring injury.

Creighton, 31, suffered the injury during the Wrexham's 2-0 home defeat to Chester last Saturday.

And Morrell said he had as yet been unable to get defensive reinforcements with Stephen Wright also sidelined.

"That's another big hit for us," Morrell said.

"We've already got Wrighty out with a hamstring so we're a bit short at the back.

"If we can try and bring something in to help that, then we're trying. [it's] just not happened for this weekend unfortunately.

"The ones that are on loan are young kids that teams are looking to get out. We need a bit more experience than that."

He missed most of last season with a serious knee injury and was troubled by a calf injury during pre-season.

Wrexham, with only one win in six Conference Premier games so far this season, visit unbeaten Nuneaton on Saturday.

"They're going fantastically well but there's no better game to come round and another chance to put things right," Morrell added.

"They've got a couple of good lads in there who've scored a few goals and the manager's done a great job down there.

"But I've got to worry about myself and ourselves and look to get us back on track."