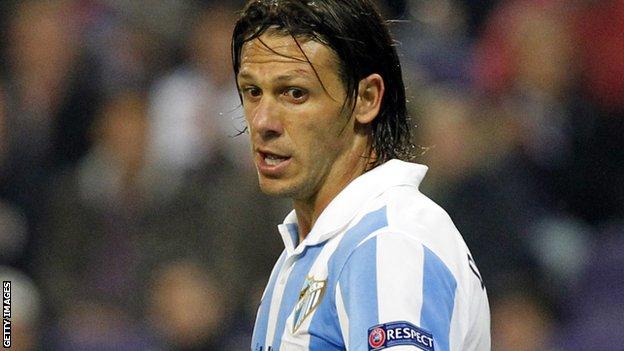 New Manchester City signing Martin Demichelis has been ruled out for around six weeks with a knee injury.

The 32-year-old defender, who has 37 Argentina caps, joined from Atletico Madrid in a £4.2m deal on Sunday.

While the centre-half does not need surgery, his loss adds to manager Manuel Pellegrini's defensive problems.

Captain Vincent Kompany is expected to be sidelined for another three weeks with a groin injury, while Micah Richards has a hamstring strain.

Demichelis had only joined previous club Atletico Madrid in July after moving on a free transfer from Malaga.

He played under new City boss Pellegrini at Malaga and River Plate, helping the former to the quarter-finals of last season's Champions League.