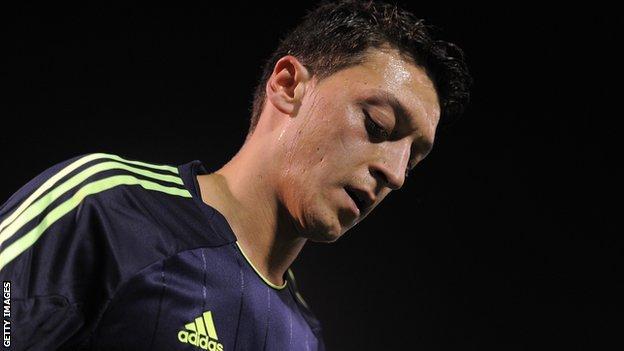 Arsenal have taken "appropriate action" against academy coach Mark Arber after a Twitter post suggested he had placed a bet on the signing of Mesut Ozil.

A message was posted on the personal account of Arber, 35, on Monday that read: "Lovely bit of 14-1 Mesut."

The Germany midfielder's club-record £42.4m move from Real Madrid was completed on the same day.

"Following an investigation we have taken appropriate action in relation to a casual worker," read a statement.

It added: "We take this very seriously. All Arsenal employees and workers are well aware of their responsibilities in this respect."

Football Association betting rules do not allow people to bet on any events involving their own club.

As well as his role at Arsenal, Arber is player-coach of Southern League Premier side Corby and was at Dartford last season, having previously played for Peterborough, Barnet, Oldham and Stevenage.