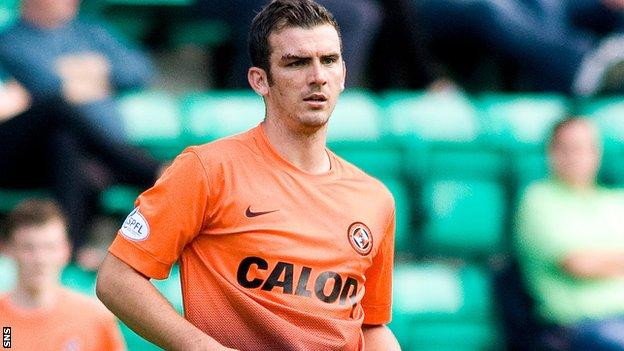 Dundee United's Gavin Gunning has received a three-match ban for violent conduct in the defeat by Celtic.

United refused the fixed suspension of three games offered to Gunning but the SFA's judicial panel upheld the ban.

The first game of his suspension will see him miss United's trip to Ross County on 15 September.