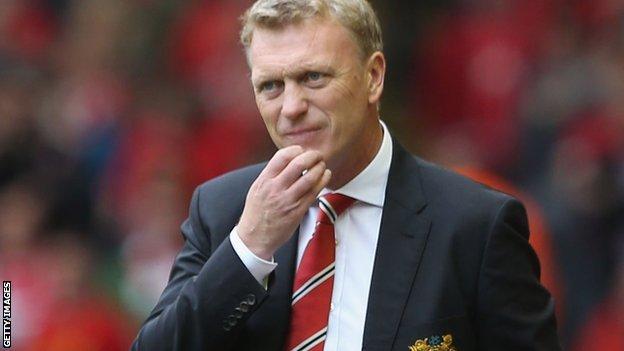 Manchester United need someone to help them in the transfer market, according to former Tottenham and Liverpool director of football Damien Comolli.

United manager David Moyes and chief executive Ed Woodward are new to their roles at the club and had a difficult summer in the transfer market.

The club missed out on numerous targets before signing Everton's Marouane Fellaini for £27.5m on deadline day.

"If there's a club who needs a director of football it's United," said Comolli.

"It would ease the process for both individuals."

Who is Damien Comolli?

1996: Joined Arsenal as a European scout and is credited with discovering Kolo Toure, Emmanuel Eboue and Gael Clichy.

2005: After a spell at Saint-Etienne, joined Tottenham and signed players including Gareth Bale, Benoit Assou-Ekotto and Heurelho Gomes before being sacked in 2008.

2010: After another stint at Saint-Etienne, he joined Liverpool and helped the club sign Luis Suarez, Andy Carroll and Stewart Downing before he left Anfield in 2012.

Moyes was also unsuccessful earlier in the summer when Barcelona midfielder Cesc Fabregas stayed at the Nou Camp and midfielder Thiago Alacantara opted to join German side Bayern Munich when he left the Spanish champions.

However, Comolli, who was in charge of transfer affairs at Tottenham from 2005 to 2008 and at Liverpool from 2010 to 2012, said a director of football would have eased the pressure on Moyes and Woodward.

"David only joined on 1 July which was quite late," added Comolli on BBC Radio 5 live.

"The issue for Manchester United is that the two most important people at the club in Sir Alex and David Gill left their positions and new people came in for their first transfer window.

"For some reason the club weren't prepared or they didn't think it would be that difficult and they ended up in a difficult situation."