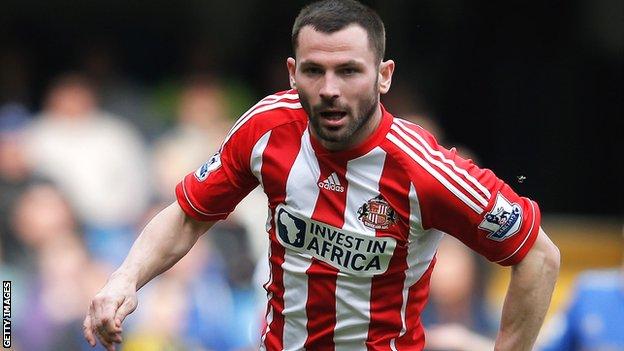 Sunderland have lifted Phil Bardsley's suspension after he apologised for mocking their Premier League defeat by Fulham on social media site Instagram.

The 28-year-old defender had been linked with a move to the Cottagers, but missed the game with a broken foot.

He was subsequently suspended and says he made "a serious error of judgement".

Former Manchester United trainee Bardsley, who signed a three-and-a-half-year deal at the Stadium of Light in November 2010, said in a statement: "I would like to apologise to the club and supporters for my comments made on social media. I understand how they may have been interpreted.

"I accept the punishment that has been handed to me by the football club and will now focus my attention and efforts on rehabilitation and regaining my fitness."

The Scotland international previously angered Sunderland manager Paolo Di Canio in May, after being photographed in a casino.