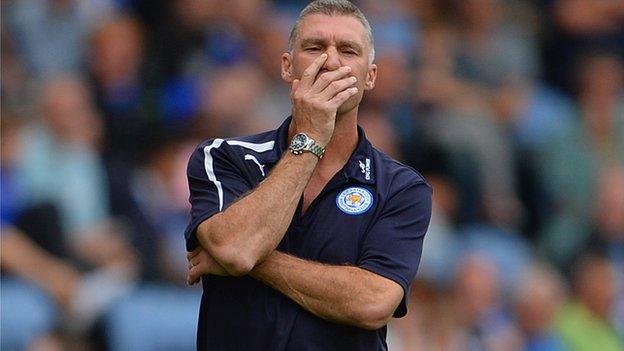 Leicester City boss Nigel Pearson has been charged with improper conduct by the Football Association for his behaviour after Saturday's 2-1 league defeat by Charlton Athletic.

Pearson felt the officials incorrectly sent off Matty James and should have ruled out Charlton's winner.

The charge alleges "his language and/or behaviour at the end of the fixture amounted to improper conduct".

The Foxes manager believed they should have been awarded a penalty after James was pushed over and was upset that his player was then sent off for taking his protests too far.

"Unfortunately, the talking points are not the players," Pearson said after the game.

"It was a foul on Matt, whether it is inside or out of the box is irrelevant. I had a very good view, so the assistant has an excellent view, but had no input.

"We have been told what the second yellow card is for and will wait for the report. We will see if there is any conflict on those two explanations."

He added: "The second goal was an absolute foul on Kasper [Schmeichel]. Liam Moore was also fouled."