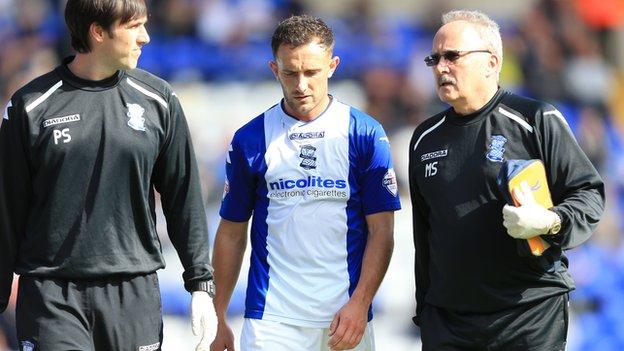 Birmingham City summer signing Neal Eardley has been ruled out for the rest of the season after discovering that he must undergo major knee surgery.

The 24-year-old right-back limped off after 34 minutes of Saturday's 1-1 home draw with Ipswich Town.

Scans have now revealed he has ruptured his medial ligament and suffered a partial tear in his anterior cruciate ligament.

The Wales international was signed from Blackpool on a three-year deal in May.

Lee Clark's side are 19th in the Championship, having won just one of their first five matches.