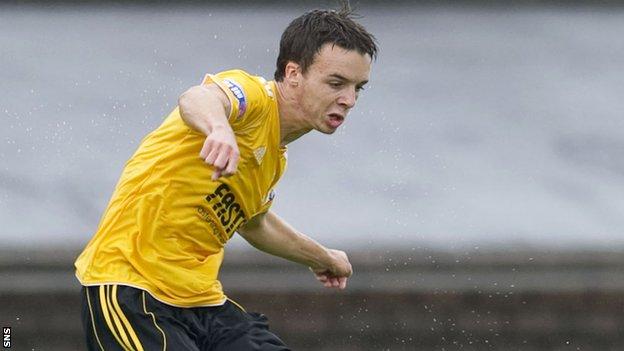 Peterborough United boss Darren Ferguson has expressed frustration with the club's failure to complete a deal for Livingston's Stefan Scougall.

despite the clubs agreeing a fee.

"We were very close. I put a lot of effort into this one and unfortunately it's not been done. I'm really disappointed."

But director of football Barry Fry refused the claim, telling the Peterborough Telegraph: "Every time we thought we had a deal agreed with the player, his representative would ask for something else."

And Ferguson fears he may have missed the opportunity to sign the Scotland Under-21 international.

"There's a good chance there'll be others in for him now. That was the advantage of getting him now," he said.

"Wolves were very interested but he wanted to come here."

Meanwhile, Ferguson has no concerns about Lee Tomlin's state of mind following interest from Celtic over the weekend.

The Scottish champions made a series of bids for the forward on Saturday, including one during Posh's 2-0 loss to Crawley, according to Ferguson.

And chairman Darragh MacAnthony had said the former Rushden & Diamonds man was "devastated" at not being allowed to join the Glasgow club.

"Perhaps he was devastated on Saturday but he certainly isn't now. He's absolutely fine," said Ferguson.

"Lee and I have a great relationship. We had a good chat on Monday and he has been really good in training on Monday and Tuesday."