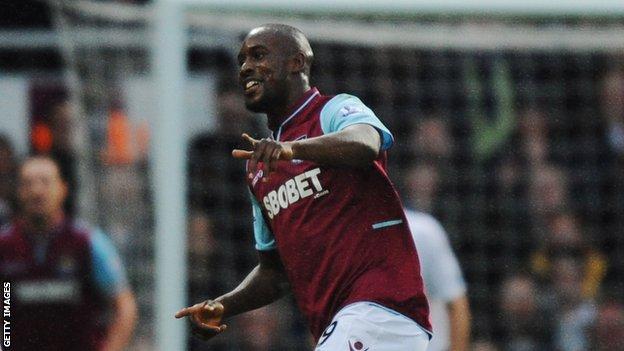 The 29-year-old, who has won seven caps for England, is undergoing a medical with a view to signing on a short-term contract.

It comes after the Hammers missed out on three international strikers on transfer deadline day.

Manager Sam Allardyce said at the time of Cole's release in late May: "Carlton's need at his age is to be playing football as often as he can. We felt it better he found pastures new."

The Hammers confirmed in a statement they were looking at striker signings throughout Monday and also turned down several other offers.

"Joint-chairman David Sullivan and manager Sam Allardyce did spend all night on Monday trying to sign one of three international strikers, but all opted for the lure of European football instead," it read.

"Importantly, the board also turned down bids for several first-team players in the last week of the window as they are determined to give the squad the best chance possible of bettering last season's 10th-placed Premier League finish."