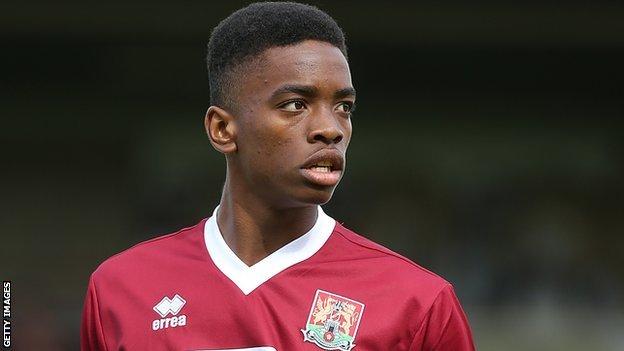 Toney made his senior debut aged 16, coming off the bench in an FA Cup tie against Bradford last season.

The striker, now 17, has yet to start a first-team game, but has four further substitute appearances this term.

"This season he's got himself ahead of some older players and it is great news that he is tied down to June 2016," said boss Aidy Boothroyd.

"He might not quite be ready for a run of games in the first team just yet, but he has made big strides and we wanted to get his future tied down."