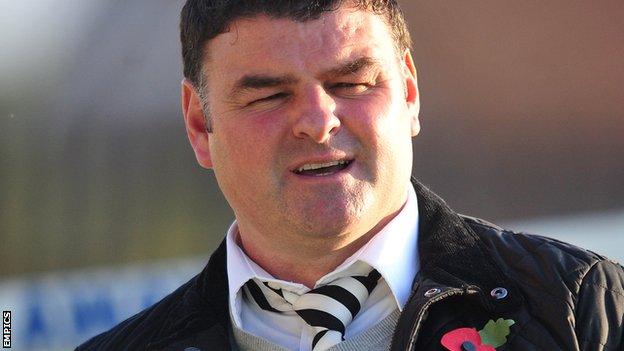 Ian Bogie was "under no pressure" from the board at Stockport County before his decision to resign as manager, director Jon Keighren has insisted.

And he stepped down following a 3-1 defeat at Harrogate Town on Saturday, a result that left Stockport second from bottom of Conference North.

"It was a shock to all of us. Nobody saw it coming," said Keighren.

He told BBC Radio Manchester: "Within five or 10 minutes of the final whistle [on Saturday] he announced that he was quitting. He was under no pressure to leave the football club.

"We were all aware that when you build a side from scratch, it's going to take time to gel.

"I spoke to him on Sunday on the phone. He's an emotional guy and he was still very upset about everything. He just felt that he wasn't getting the most out of the players and felt it was the honourable thing to do to walk away."

Stockport, who have collected just one point from their first five matches this term, were playing in League One as recently as 2010, but suffered three relegations in the space of four seasons to drop into the sixth tier of English football.