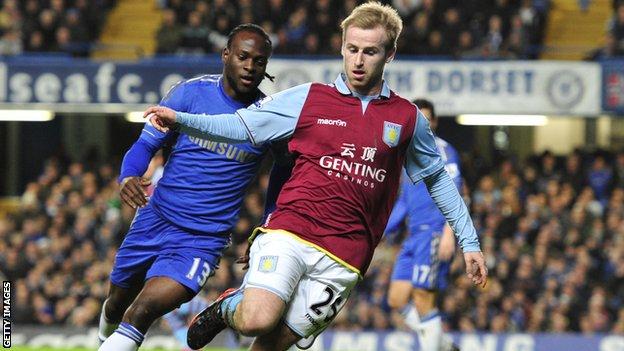 The 23-year-old Scotland international links up with Ian Holloway for a second time having served under the Palace boss during a loan stint at Blackpool.

Bannan, who has signed a three-year contract, is looking forward to starting a new chapter in his career.

"It's a big move for me to leave," said Bannan, who has spent his entire senior career at Villa.

Bannan in the Premier League

Bannan made 64 Premier League appearances for Aston Villa, scoring one goal against QPR in September 2011. He has not played a Premier League match since March.

Bannan has not featured in Villa's start to the new season but hopes rejoining Holloway will help revive his career.

"I was at Blackpool with the gaffer here when they got promotion that year [2009-10] and that was probably the highlight of my career so far," the former Celtic youth team player added.

The newly promoted side beat Sunderland 3-1 on Saturday, their first Premier League win since April 2005.