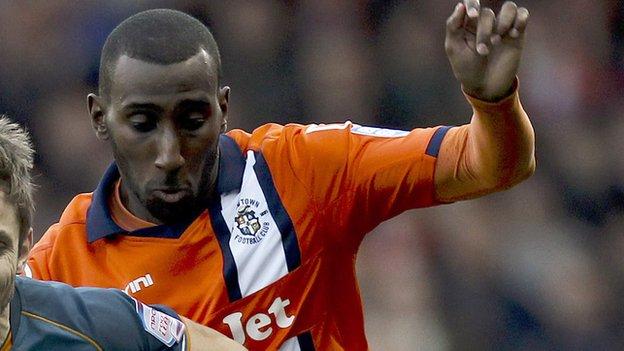 The 23-year-old full-back has yet to feature for the Hatters this term, but played 42 times last season after joining from Torquay.

Rowe-Turner started his career in the youth ranks of hometown club Leicester.

He featured in Luton's famous FA Cup victory over Norwich in January, but was transfer-listed by boss John Still last season.