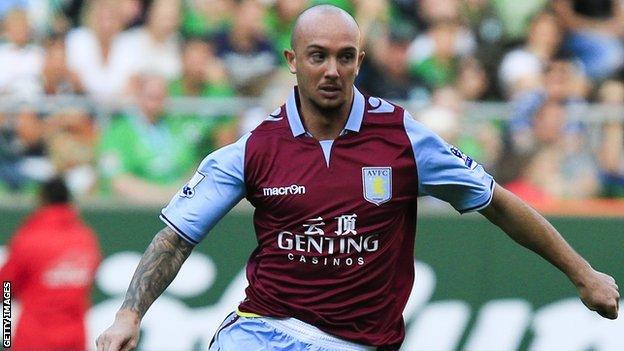 The 27-year-old is the club's second signing on transfer deadline day following the arrival of Austria striker Marko Arnautovic.

Ireland will be reunited with Potters manager Mark Hughes having played under him at Manchester City.

He added: "Arguably the most successful period of Stephen's career to date was when he played for Mark at City and we hope that he can rediscover that form."

The former Republic of Ireland international, who has also been loaned out to Newcastle, has made 45 Premier League appearances for Villa, having joined the Midlands club in August 2010.

The Potters added that they did not expect to make any more signings before Monday's 23:00 BST deadline.