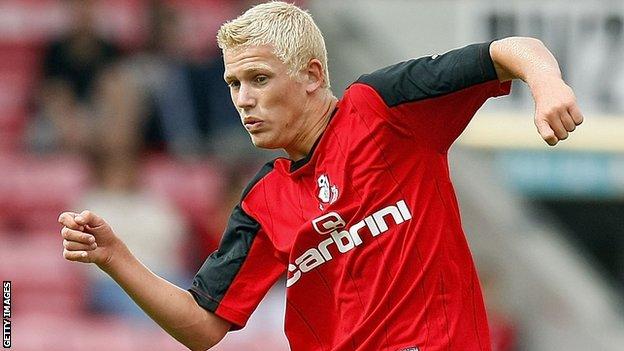 He will stay at Brisbane Road until 5 October and is eligible to play in Orient's Johnstone's Paint Trophy game against Gillingham on Tuesday.

The 19-year-old has not played for the Cherries this season and has previously been loaned to Woking and Accrington.

"He's a physical player who provides us with a different option and some much-needed depth," O's manager Russell Slade told the club's website.

Orient currently sit top of League One having won all five of their games this season.