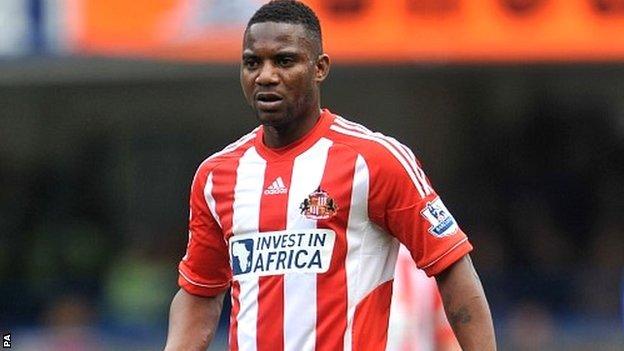 West Brom have signed Sunderland's Stephane Sessegnon for a club-record fee and Everton striker Victor Anichebe for a fee which could rise to £6m.

He joined Sunderland from Paris St-Germain in 2011 and West Brom say his fee surpasses the reported £6.5m they paid for Shane Long.

Anichebe, 25, has spent his career so far at Everton.

The Nigeria international has scored 26 goals in 168 appearances for the Toffees.