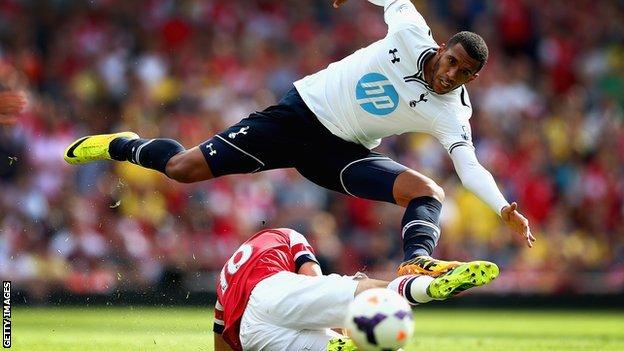 Tottenham's France midfielder Etienne Capoue will be out for four weeks after a scan revealed he sprained an ankle in Sunday's 1-0 defeat at Arsenal.

The 25-year-old, a £9m summer capture from Toulouse, needed oxygen as he left the pitch on a stretcher and was immediately taken to hospital.

Capoue has played in all three of Spurs' league games this season.

He is now set to miss France's World Cup qualifiers against Georgia and Belarus this month.

Capoue, who made 174 appearance for Toulouse, scoring 13 goals, has won seven caps for France and can also play as a central defender.

He was named in the French league's Team of the Year in 2012, alongside Spurs goalkeeper Hugo Lloris.