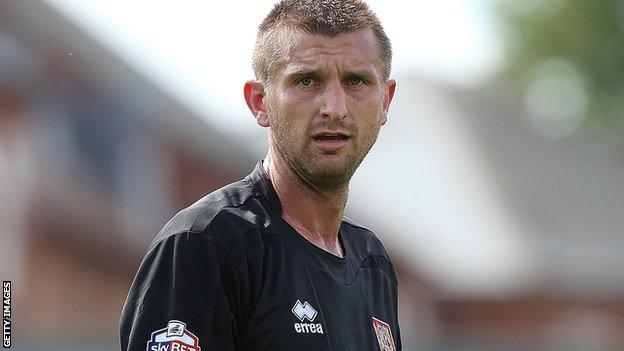 Defender Matt Heath has agreed a deal at Northampton until January, having initially joined on non-contract terms.

The 32-year-old, who was at the end of last season, has made three starts since

"He is a terrific character and he that he is willing to put his body on the line for the team," said manager Aidy Boothroyd.

"I'm really happy with what he's done for us so far."

He told the club website: "I'm delighted we've managed to get him tied down on a longer contract."

Centre-back Heath, who formerly played for Leicester and Leeds, made his 250th league appearance in Northampton's 1-0 defeat at the Memorial Stadium on Saturday.

Meanwhile, defender David Artell has had his contract terminated, meaning he can sign for a new club after the transfer window closes.

The 32-year-old joined the Cobblers in the summer of 2012 but has not played a game this season.