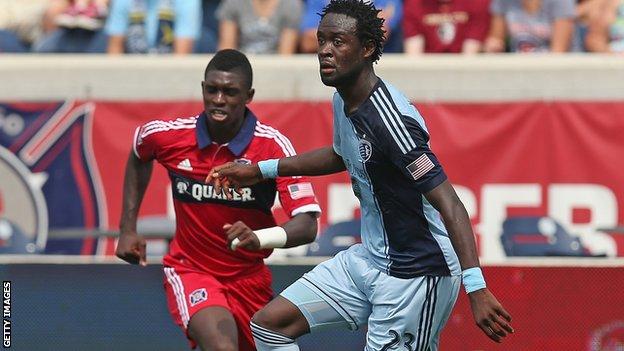 Sierra Leone striker Kamara, 29, had an 11-game loan spell with Norwich last season and has signed a two-year deal.

Boro paid undisclosed fees and have an extra year's option on both players.

and since then he has had spells in MLS with Columbus Crew, San Jose Earthquakes and Houston Dynamo before joining Kansas in 2009.