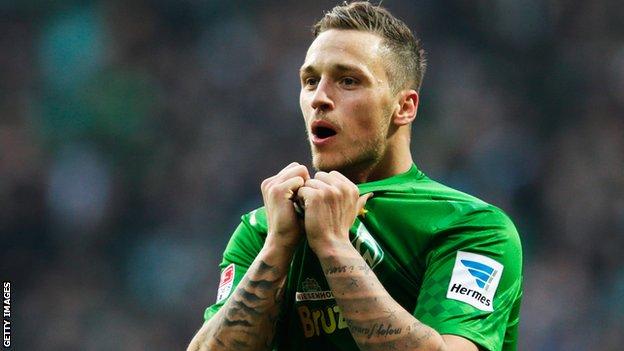 The 24-year-old has signed a four-year deal at the Britannia Stadium.

Stoke are reportedly paying £2m for the forward, who has won 27 international caps for Austria.

Arnautovic played in the Netherlands with FC Twente and spent a year on loan with Inter Milan before moving to Werder Bremen.

His signature follows the arrivals of defenders Pieters from PSV Eindhoven and Muniesa from Barcelona and winger Assaidi on a season-long loan from Liverpool.