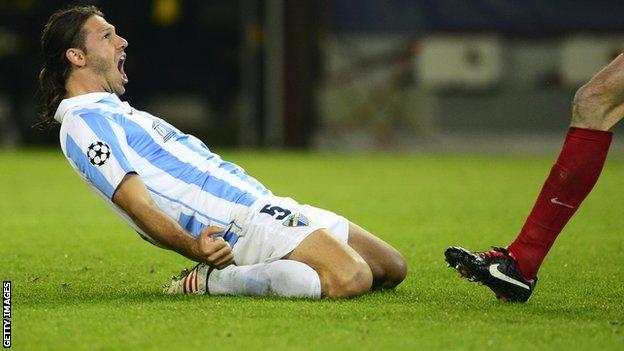 Demichelis, 32, told City's website: "I am delighted to have joined City because I am still hungry for success and want to improve."

The Argentina international only joined the Spanish side from Malaga on a free transfer in July.

Demichelis was allowed to leave Atletico because the Spanish top-flight side are set to sign 24-year-old Ajax defender Toby Alderweireld.

Demichelis played under City boss Manuel Pellegrini at Malaga and River Plate and featured at the 2010 World Cup in South Africa.

He added: "I have been in Europe for 11 years now and this was a great chance for me to play in the Premier League with such a big club.

"I don't think there'll be any problems in adjusting to life here."