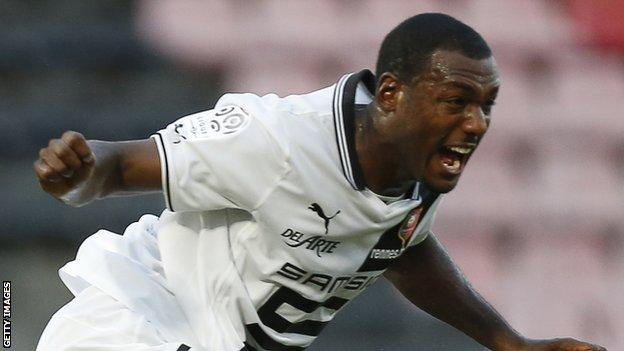 French full-back Kevin Theophile-Catherine has joined Premier League side Cardiff from French Ligue 1 side Rennes for a reported £2.1m.

Cardiff boss Malky Mackay said: "He is someone we have tracked and watched for a period of time.

"We have to make sure we have cover everywhere and that we have players who are pushing each other."

He added: "Kevin brings that from a top division in French football.

"He brings defensive strength and solidity to us."