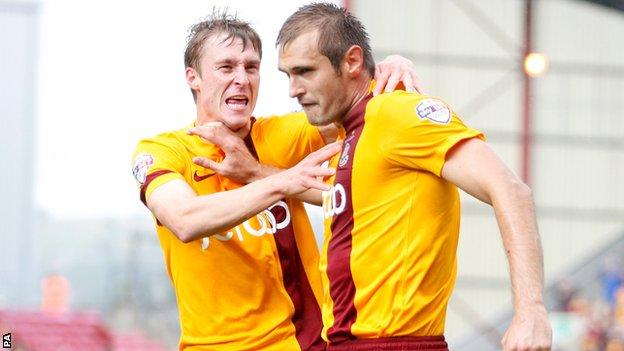 Bees goalkeeper David Button was sent off for a foul on Nahki Wells before Hanson slotted home City's opener.

Wells made it 2-0 with a tap-in after substitute keeper Jack Bonham charged out and Tony Craig's header passed him.

Headers from Garry Thompson and an unmarked Hanson secured the win before Clayton Donaldson hit a Bradford post.

"I think everything worked well. We looked decent, we had just started to play again, and then we gifted them.

"For me it was not a red card, but obviously three out of the four goals were presents from us.