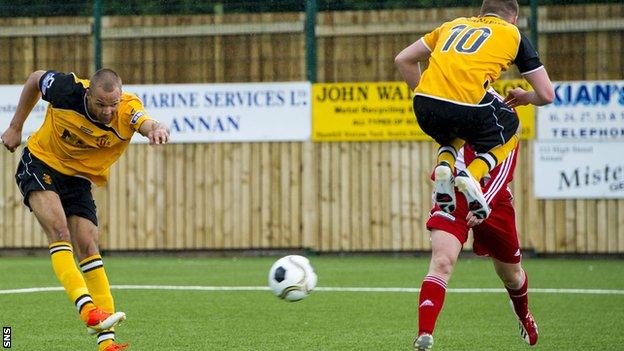 After a goalless first half, visiting goalkeeper Andy Shearer was sent off for a foul on Kenneth Mackay and Ali Love converted the resulting penalty.

Strikes by Keiran Brannan and Mackay extended the hosts' lead.

And David Hopkirk's shot completed the scoring late on as the Scottish League Two side comfortably progressed to the semi-finals.

The draw for the last four will take place on 19 September.