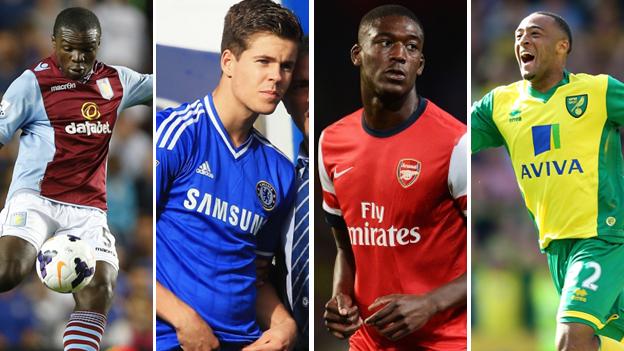 In these days of austerity, even Premier League clubs - buoyed by their new-found TV millions - are keen to find a bargain buy.

But the marquee signings are not always the ones which prove to be the best value - you only have to look back 12 months to Swansea's £2m signing of Michu or the £7m spent by Aston Villa on Christian Benteke to see the quality that can be found lower down the market.

A combined total of 37 Premier League goals later and it was clear that, despite the reams of data and hours of footage now available from around the world, there are still talents waiting to be found.

BBC Sport asked European football experts to name the best sub-£10m signing going from their country to the Premier League. 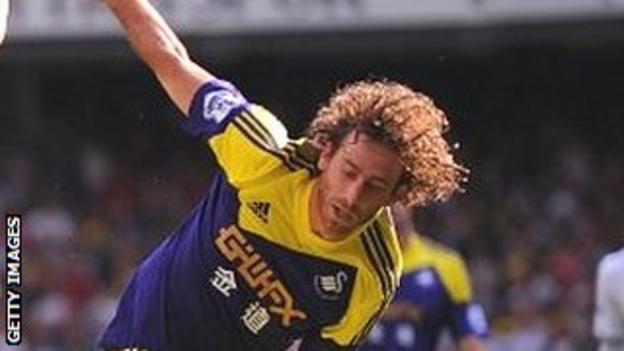 Move: Real Betis to Swansea for free at end of contract

Spanish football writer Andy West: Swansea have unearthed another Spanish gem with the capture of defensive midfielder Jose Canas on a free transfer from Real Betis.

Although he's a different kind of player from Michu, and consequently won't grab the same kind of headlines as last year's Spanish signing, he could become just as important to Michael Laudrup's team.

The 26-year-old's midfield partnership with Benat, now with Athletic Bilbao, was one of the key factors in Betis' unexpected success last season.

He is a committed performer who keeps his passes simple and uses excellent positional awareness to protect his back four. His physical attributes should ensure he doesn't encounter any problems in adapting to the pace and power of the Premier League either. 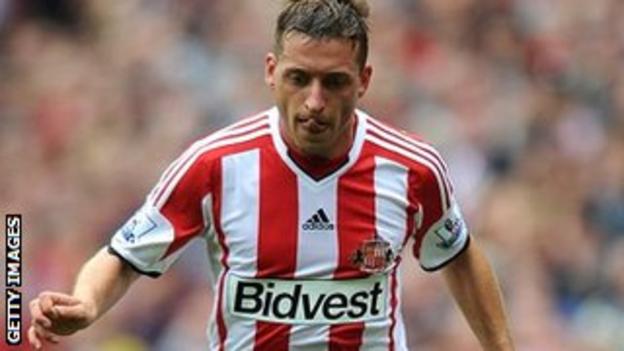 Move: Juventus to Sunderland for £6.5m

Italian football writer James Horncastle: Some have got a little carried away by Sunderland's signing of Emanuele Giaccherini.

His status as an Italy international, the performances he put in at the Confederations Cup and the part he has played as a member of Juventus' back-to-back Scudetto-winning squads, have given the impression he's a star.

How then do you explain the lamentations of Juventus coach Antonio Conte and many of the club's fans following his move to Wearside more? One newspaper claimed it hadn't been this upset even when Zinedine Zidane left for Real Madrid.

Well, it's because Giaccherini is a trier, a player who's overcome his small size - see his first Sunderland goal, an uncharacteristic header - to leave a big mark on his peers with his versatility and willingness to do a job no matter how laborious.

He never complains and always gives 100%, which is all a coach and fans can ask for, really. 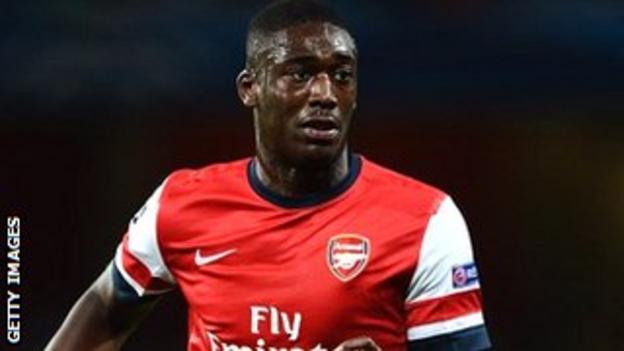 The Gunners, and a host of other top clubs, sent scouts to see the 17-year-old make his Auxerre debut in May 2010. Sanogo impressed, but suffered a horrific double leg fracture five months later.

That injury, and the knee problems that followed, sidelined him for two years.

Ready to quit and seek employment at the post office, only the steady flow of text messages from Hatem Ben Arfa and Abou Diaby prevented him.

Wenger never forgot Sanogo's raw ability. When the fit-again Frenchman scored four in 17 minutes for Auxerre against Laval earlier this year, he made his move.

Wenger did well to act early. Sanogo top-scored for France as they won the Under-20 World Cup in July.

The big question now is: can he stay fit? 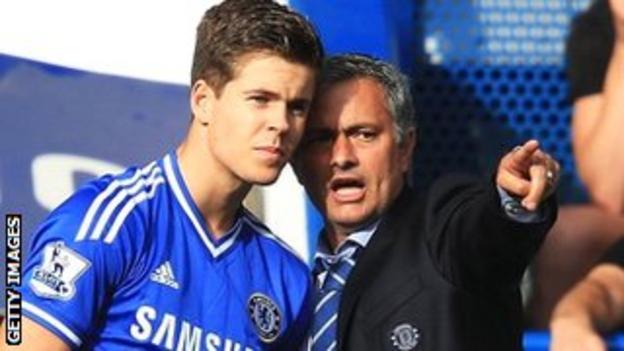 Move: Vitesse Arnhem to Chelsea for a reported £8m

De Telegraaf football writer Marcel van der Kraan: Marco van Ginkel's personality, technique and attitude towards the game are absolutely phenomenal. And the way he moves on the pitch is reminiscent of a young Dennis Bergkamp.

He doesn't hit the headlines, so he may not strike people as a big young star immediately, but over the next two years he will emerge as a real bargain for Chelsea.

He has already entered the Dutch national team and was a star player in the Under-21 European Championships in Israel this summer.

Vitesse owner Merab Jordania has a very close relationship with Chelsea owner Roman Abramovich, and Patrick van Aanholt, Gael Kakuta, Piazon and Cristian Cuevas have all gone in the opposite direction to Van Ginkel on loan this season.

Ajax, PSV and all the other big clubs in the Netherlands offered him all sorts of great contracts, but he said that if he left it would be for Chelsea.

And the Blues have maybe got him for a price that other clubs may not have done. 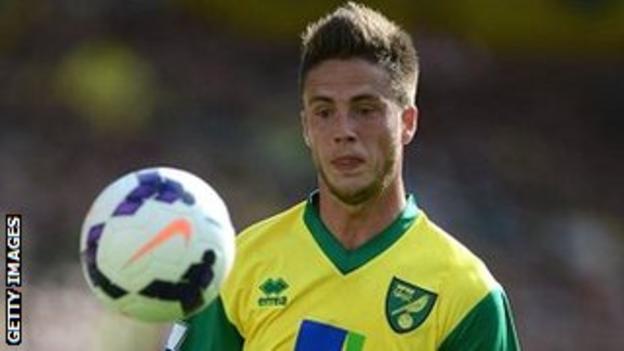 There's the fact that all Premier League clubs have ended up paying a hefty premium for players after the well-publicised new TV rights deal.

Secondly, the Canaries did their business early, sealing a deal back in March and paying straight away - so buying him for under market value as Sporting Lisbon were desperate to get cash in immediately.

Having arrived from Utrecht in 2011, Van Wolfswinkel progressed well in Portugal and scored 45 goals in all competitions over two years in an oft-struggling team.

Today's Van Wolfswinkel is strong, takes no nonsense from defenders and is powerful in the air, as well as a versatile finisher. His arrival is a triumph for Norwich's forward planning. 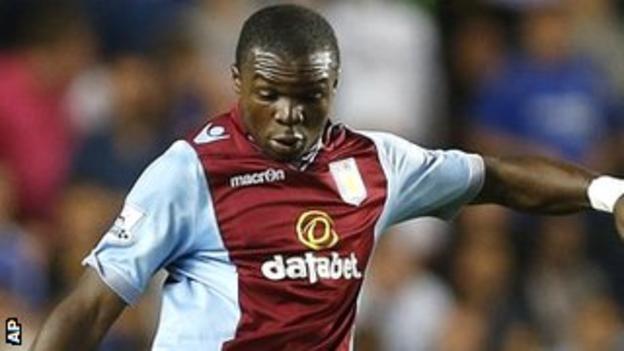 Editor-in-chief of Danish football magazine Tipsbladet, Troels Bager Thogersen: The name Jores Okore isn't a household one in England like Didier Drogba or the Toure brothers, but the Danish stopper with Ivorian roots could be the next big thing in the Premier League.

It took him just 16 months to go from an unknown teenager at Nordsjaelland to being his team's best performer in the Champions League and a full Denmark international.

He has the strength, pace and mental toughness to be a star.

Some continental clubs, including Champions League finalists Borussia Dortmund, chose not to pursue a deal for Okore because of his perceived lack of height at 6ft.

But with a great leap and impeccable timing, Okore should be able to subdue the biggest aerial threats in the Premier League.

Aston Villa arguably underpaid for Okore because of the height and they should be very happy they were the ones to secure Okore's signature.

Within the Premier League 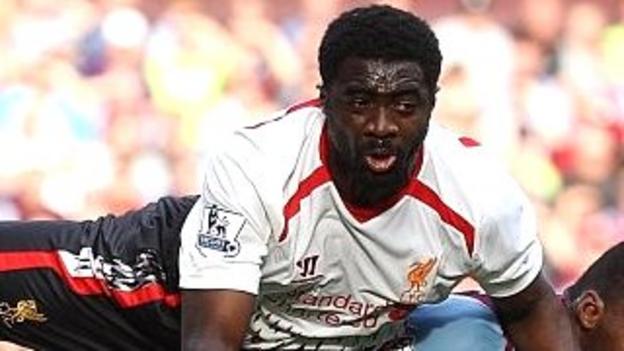 Looking for a player with experience, pedigree, a track record of success and leadership qualities to fill the void left by Jamie Carragher's retirement, Toure covered all those bases and came in as a bargain financially.

Toure may have suffered an injury in the Capital One Cup tie against Notts County, but Rodgers and Liverpool's players were starting to extol the virtues of the former Arsenal and City defender after clean sheets in wins against Stoke City and Aston Villa.

Liverpool have strengthened in central defence with the addition of Paris St-Germain's Mamadou Sakho and Sporting Lisbon's Tiago Ilori, but Toure's presence around Anfield will be invaluable and Rodgers already feels he has a figure of authority he can trust when the need arises. 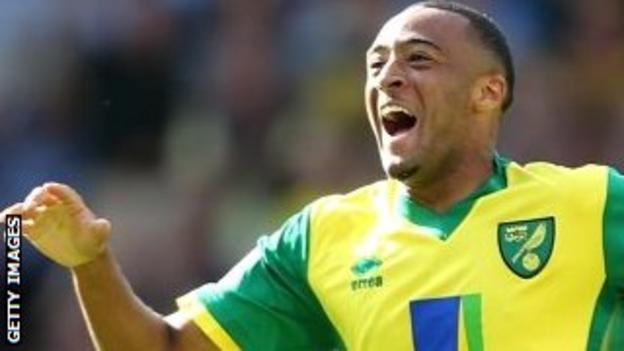 Former Fulham, West Ham and QPR striker and BBC Football League Show analyst Leroy Rosenior: I think at around £3m Nathan Redmond is a fantastic bit of business for Norwich.

He has all the attributes to be a really good addition. He is quick, direct, confident and has an eye for goal.

He has got loads of ability but plenty of potential to develop as well. And he looks like a lad with his feet on the ground as well.

You look at the money that players are going for at the moment and £3m is absolutely nothing.

There may have been a few raised eyebrows at the price but you look at Tom Ince, the same kind of player doing well in the Championship, and Blackpool are apparently asking £8m.

Finding value in the transfer market

Prof Chris Anderson: A huge inefficiency in the market is that as you move further up the pitch, players become more expensive, but that does not mean that they will contribute more to a club's fortunes.

Defence and defensive players are misunderstood and undervalued.

It is hard to overpay for a terrific goalkeeper or players with strong defensive capabilities and, even if you are looking at attacking players, the ability to switch quickly and effectively to defensive play is also an important consideration.

During his years as Manchester United manager, Sir Alex Ferguson He also signed Rio Ferdinand as the most expensive defender ever. Those buys indicated that he understood the value of top-quality defensive players to his team.

Prof Chris Anderson: It is a myth that British players carry a premium. We have analysed the prices of British players and what we found is that they are significantly cheaper than the rest.

You may not overpay for an English player on average, but it is true that we overpay for British players at the very top end.

The very best ones, those who play for England, tend to command more of a price than they should compared to other players who are playing on their level. But the average British player is cheaper than the average non-British player.

Prof Chris Anderson: Great talent can be found anywhere because teams are not looking to recruit a whole league, but just one or two players.

Generally speaking though, Croatia is an area to which a lot of people are paying attention as their recent membership of the European Union means getting a work permit is easier.

Any place where players are not being paid a lot is a great place to look. You will find a significant increase in the number of Spanish players in the league over the last few years.

That is because tax laws in Spain have changed to make it more expensive to be a player and clubs are having such terrible financial problems.

Italy is not a place where Premier League clubs have recruited heavily in recent years and I think that is an overlooked market.

It also has had economic problems and I would argue that it provides as good, if not better, value than France which has received much more attention.

Prof Chris Anderson: Technologies are coming online that generate more information than ever about players, but that does not necessarily mean more insight.

What clubs are struggling with is to make sense of that mountain of data, so the old school scouts are still important.

Often it comes down to the issues of finance, who got there first and who can work out which of the players' representatives calls the shots.