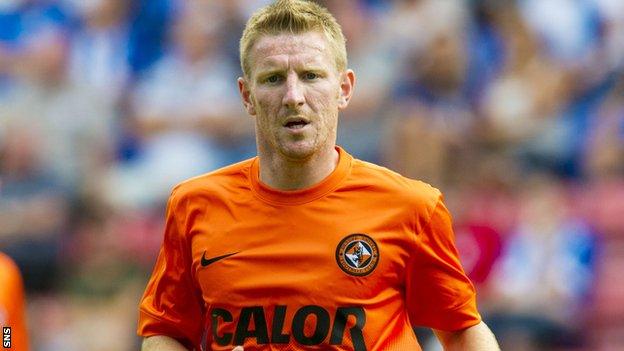 The 27-year-old moved to Tannadice from Ross County last summer and scored three goals in 37 appearances.

However, he only made 13 starts and manager Jackie McNamara has not selected him this term.

Having started his career at Celtic, Gardyne enjoyed a successful season on loan at Ross County before spending four more years with the Dingwall outfit, following a term with Morton.

He scored 15 goals in the Staggies' Division One-winning campaign but agreed a pre-contract move to United before promotion was secured.