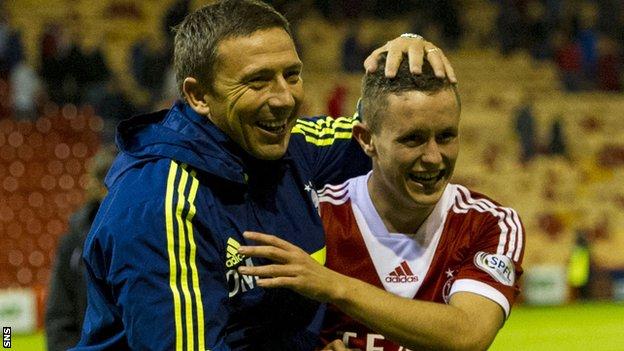 Aberdeen's visit to Falkirk in the will be broadcast live on BBC TV.

The match on Wednesday 25 September has a 19.15 kick-off and will be shown on BBC Two Scotland.

at home in the previous round.

The Dons and Falkirk were last in opposition in October 2010, when Aberdeen won 2-1 at home in the League Cup.

Aberdeen suffered a defeat on their last visit to Falkirk Stadium, losing 3-1 in February 2010 in the Scottish Premier League.

The Bairns are unbeaten in their previous three home games against the Dons, who last won there in October 2008, 1-0 in the league.

Aberdeen's last three League Cup visits to Falkirk have all ended in 4-1 victories for the Dons.

Meanwhile, the latest Scottish Premiership match to be broadcast "as live" on BBC Alba will be Saturday's meeting between Aberdeen and St Johnstone.