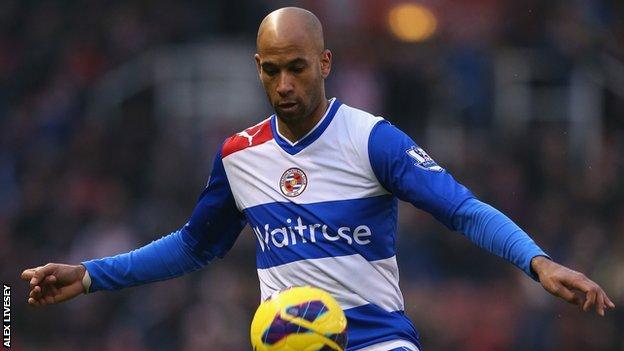 Mali international Kebe, 29, joins on a three-year deal for an undisclosed fee.

Right-back Hunt, 22, announced his move to Palace on Twitter, writing: "Absolutely delighted to have signed for Crystal Palace. New challenge in my life and can't wait to get started."

Holloway said Palace could sign up to five more players before the transfer window closes at 23:00 BST on Monday.

Kebe has not featured for Championship side Reading since March.

He was criticised by his manager Nigel Adkins this week after declaring himself unfit on the eve of the 6-0 League Cup defeat at Peterborough.

Palace had been looking to bring in a winger since Wilfried Zaha joined Manchester United this summer.

"It's a big move for me," said Kebe. "I didn't know if I was going to be able to move in this transfer window but getting back to the Premier League was my main target. I'm very excited about it.

"I talked to the manager and you can see how excited he is and I'm ready for the challenge."

Hunt has only started two matches this season and left training early on Friday to discuss personal terms with the Eagles.

He came through the Terriers' academy and has made 104 league appearances for them.

The Eagles have signed 11 players since gaining promotion in May, including paying a club record fee - believed to be about £4.5m - for striker Dwight Gayle from Peterborough.

Gayle scored from the penalty spot as Palace recorded their first league win of the season against the Black Cats.