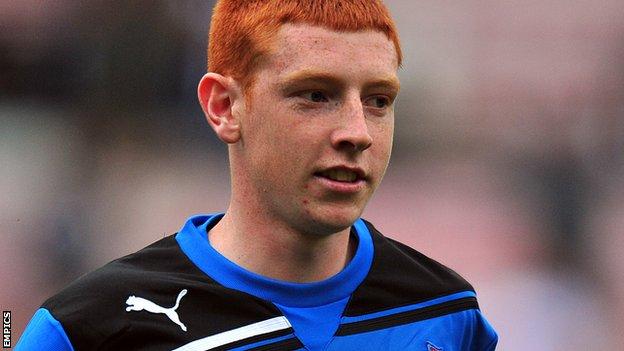 Newcastle midfielder Michael Richardson will remain on loan at League Two side Accrington Stanley until 2 January.

The 21-year-old and has impressed in his six appearances for James Beattie's side.

"It's a massive boost for us," Beattie told the club website. "Michael played really well

"By his own high standards he'd had a couple of indifferent games before that but he looks back to his best now."

The former England striker added: "With the way that Newcastle are helping us out, it was an absolute no-brainer for him to stay. He's a terrific kid, a good player and we just need to get some consistency into his performances now."

Accrington, who are currently bottom of League Two,