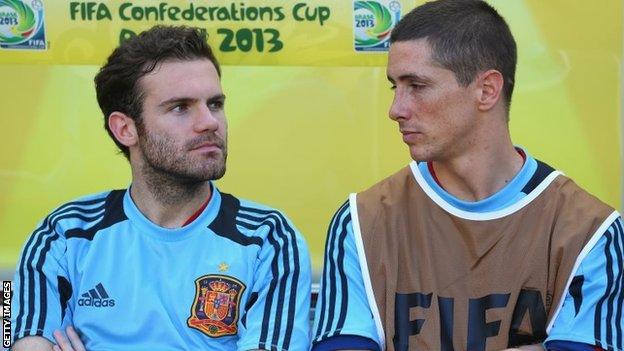 Chelsea pair Fernando Torres and Juan Mata have been left out of the Spain squad for next week's World Cup qualifier against Finland and a friendly with Chile.

But both players have started just one league game out of three under Chelsea boss Jose Mourinho this season.

Coach Vicente Del Bosque said: "I have chosen those who are in the best form."

Chelsea right-back Cesar Azpilicueta has also been left out.