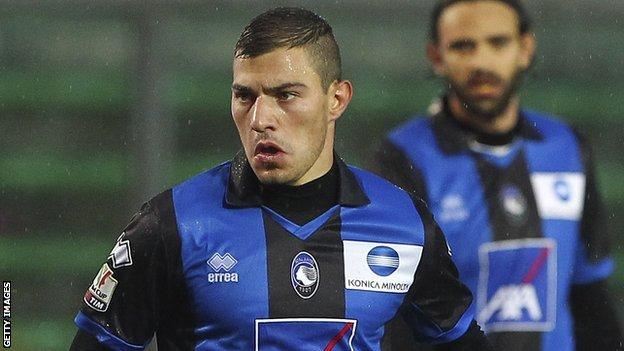 The Australia international, 25, was a Newcastle player when Hughton joined their coaching staff in early 2008.

"He is one of quite a few players we've made inquiries about," Hughton told BBC Radio Norfolk.

"I know him from my time at Newcastle - not so well, because he wasn't there for long while I was there. But he is just one of a few [we're looking at]."

Troisi has reportedly been told by his Italian club that he can make a season-long loan move to an English team, with Norwich searching for a

The wideman left St James' Park four months after Hughton's arrival on Tyneside, moving to Turkey before a switch to Serie A side Juventus, who quickly arranged a joint-ownership agreement with Atalanta.

He never made an appearance for the Magpies but played six times for Atalanta last season.