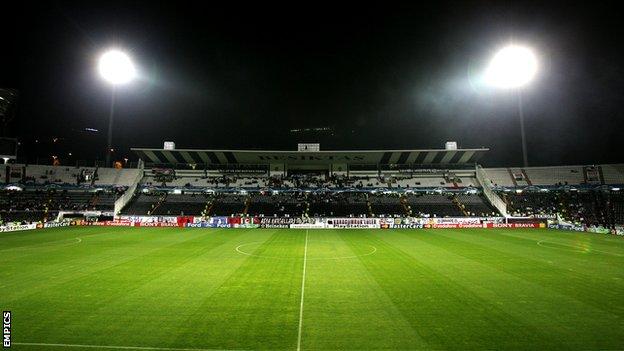 Turkish club Besiktas have lost an appeal against a European ban after involvement in domestic match-fixing.

The Court of Arbitration for Sport (Cas) upheld a Uefa-imposed one-year ban which will see the club excluded from the Europa League this season.

Norwegian side Tromso will take their place in the group stages, despite losing to them in Thursday's play-off.

Turkey's Fenerbahce will be replaced by Cypriots Apoel after also losing an appeal against a ban for match-fixing.

Fenerbahce were due to enter the Europa League after their Champions League final qualifying-round defeat by Arsenal, but a ruling on Thursday now means they are barred.

They have also been suspended from next season's Champions League qualifiers.

Besiktas were initially banned by Uefa from participating after allegations of match-fixing in their 2011 Turkish Cup final win over Buyuksehir Belediyespor.

They were temporarily reinstated while their appeal was heard by Cas, but the Swiss-based body has now confirmed Besiktas will not compete in the second-tier continental competition this season.

"Cas has today dismissed the appeal filed by Besiktas JK against the decision taken by Uefa to exclude it from the European Europa League 2013-14," read a statement.

"Due to the urgency of the matter, the panel has issued its decision without the grounds. The full, reasoned award will be issued as soon as possible."

Playing under appeal, Besiktas beat Tromso 2-0 on Thursday in the second leg of their Europa League play-off, winning the tie 3-2 on aggregate.

After their appeal was dismissed, Apoel were pulled out of the 'lucky losers' draw in Monaco on Friday.