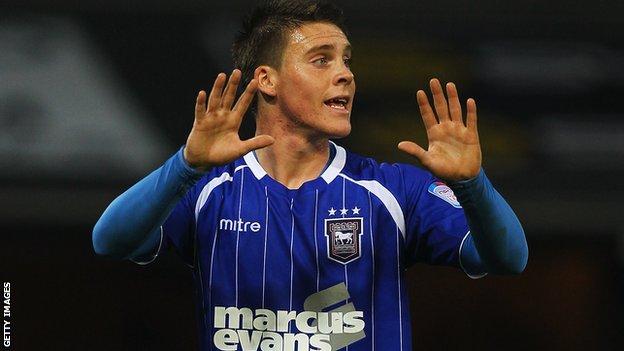 Manager Pat Fenlon is confident Hibernian can secure a wide player ahead of Saturday's transfer deadline.

Ipswich winger Josh Carson has been training with the Edinburgh club this week and has impressed Fenlon.

"We have had a couple of players in this week that we have been happy with and who have done quite well," he said.

"Josh is an Ipswich player and I'd need to speak to (manager) Mick McCarthy and see where that is but there are one or two other options as well."

Carson, 20, has been at Portman Road since 2010 and has been capped four times by Northern Ireland.

"I've seen a fair bit of him playing and he's a good player," added Fenlon. "He would be a good addition to our squad.

"We have said all along that we would like to bring in another wide player if we can and I think we are close enough to doing that.

"Hopefully, we can get that one over the line and then see what happens elsewhere. With Alex (Harris) and Paul (Cairney) being out long-term, we definitely need a wide player.

"We would maybe like to strengthen up front as well but it's down to finances whether we can do that or not. We are very close to using the budget up.

"We have tried to stay within that while I've been here and we will continue to try to do that.

"But strange things happen on the last day of windows. Players become available that you didn't think were available so we just wait and see."