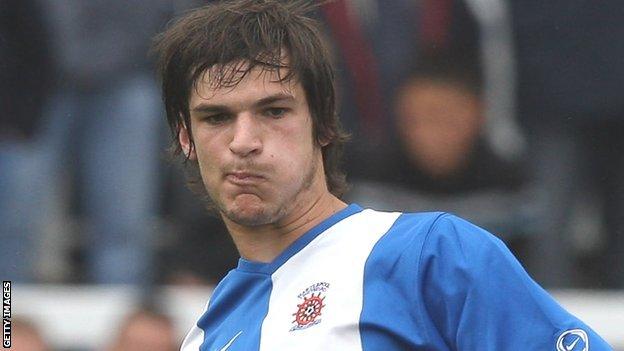 James Brown scored one and created another to help Gateshead seal their first with of the season.

The striker opened the scoring with a deflected effort, before creating an opening for Jamie Chandler to blast home from close range.

Gateshead goalkeeper Adam Barlett made a string of saves to frustrate Woking before the break.

But Gavin Williams netted a late penalty after Liam Hatch was judged to have handled in the area.

"I thought to myself that we started very brightly, and was taking a lot from that considering having started previous games so slowly and it seems to be getting through that 20-minute barrier is the problem.

"There was little sense of flatness, and then it's a gift of a goal and all of sudden you can see at the moment we're playing below confidence.

"We've got players playing below their standards and as much as the fans are patient, it's a bit hard for them at the moment."