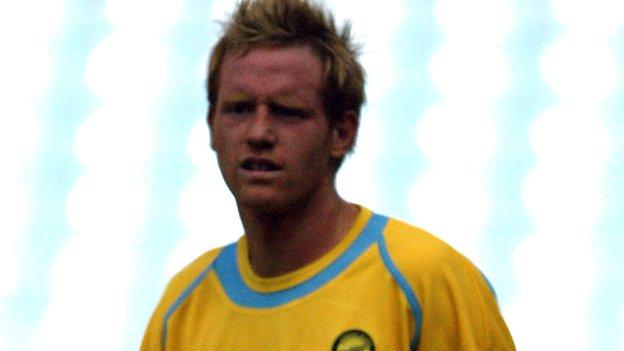 Cowan headed in James Armson's corner to give Boro the lead midway through the first half before Brown nodded in Danny Sleath's cross soon after.

Grimsby's Aswad Thomas was then sent off for kicking out off the ball.

Andy Cook headed in Alex Rodman's corner late on but Nuneaton held on to claim their fourth win in six games.

"We spoke about being disappointed last season when we played them, particularly the second game, and it just seems to be a recurring theme with the opposition.

"It doesn't matter what you do in training and how much training you do and what you work on, things are happening that you can't legislate for and that's sort of summed up perfectly with the sending off.

"You hope that the last two victories last weekend gave them confidence but I don't know if it hasn't or whether or not it's a case of them thinking that they're better than what they are."