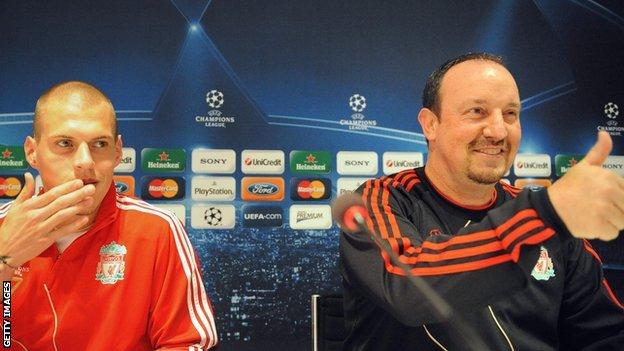 Liverpool have rejected an approach from Napoli for defender Martin Skrtel.

The Anfield club were contacted on Tuesday about the possibility of allowing the Slovakia defender to move to Italy in a deal worth around £10m.

Napoli manager Rafael Benitez signed Skrtel in 2008 while at Anfield.

Skrtel, 28, faces stiff competition for a starting spot in Liverpool's defence following the arrival of Kolo Toure this summer and his former boss has now enquired about a possible reunion.

Liverpool have refused to comment on the approach, but it is understood the club are wary of selling Skrtel with fellow defender Sebastian Coates on the sidelines with a serious knee injury.

Coates, 22, is surplus to requirements at Anfield but the injury means that he is unlikely to leave the club this summer and means Skrtel's experience will be needed.