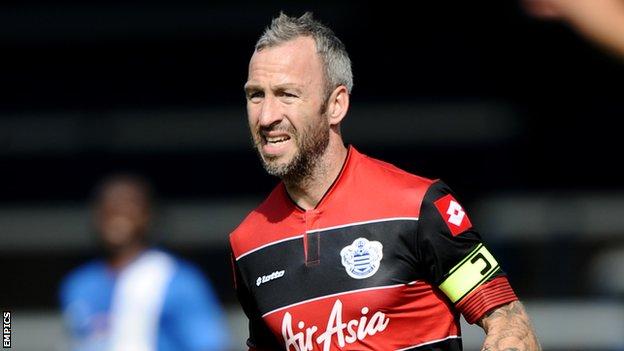 Millwall have completed the signing of experienced QPR midfielder Shaun Derry on a month's loan.

The 35-year-old made 19 appearances for the R's last season.

"I'm here first and foremost to play football and to help the club get further up the league than they were last year," he said.

Meanwhile the Lions have signed veteran keeper Andy Marshall on a short-term deal after David Forde was ruled out for about a month with a knee injury.